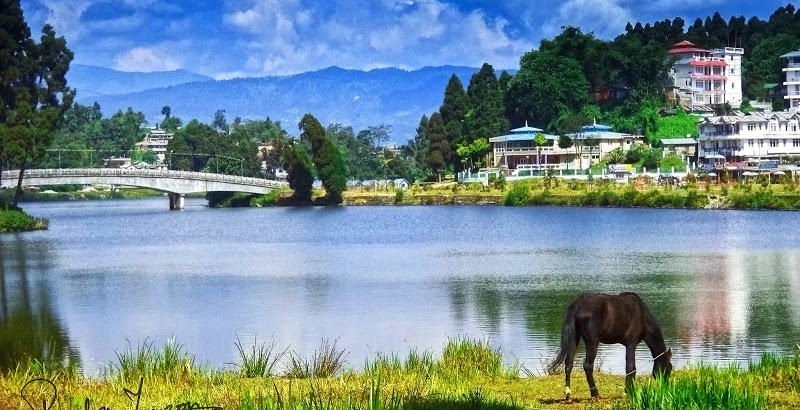 The name Mirik comes from the Lepcha words Mir-Yok meaning “place burnt by fire”. Mirik Bazar began a commercial centre of the region where people from the surrounding villages and tea gardens came to trade and buy their necessities. The present lake area was a marshland with thick growth of sweet flag . A playground stood in the present garden area where the British officers played polo.
In 1969, the West Bengal tourism department began the process of acquiring 335 acres of land from the neighboring Thurbo tea estate. The work of developing this land into a tourist spot began in 1974 when Siddhartha Shankar Ray was the chief minister of West Bengal. The tourist spot, which included the newly built lake and the Day Centre, was inaugurated by the next chief minister of West Bengal, Jyoti Basu, in April 1979. With the flourishing of tourism, Krishnanagar developed on the other end of the lake with hotels and restaurants catering to tourists.